Get the low down on the faces behind the voices! Meet Tony Horne from our breakfast show, find out more about Tony Nixon from Teatime show and everyone you hear on Rossendale Radio.

Tony Nixon, Started his radio life at hospital Radio in 1995, progressing to professional Radio in 2000 with the launch of 2BR in Burnley as Drivetime Presenter. Worked as an overnight network producer for Real Radio and Smooth Radio networks. He runs his own successful audio production company supplying voiceovers and music for radio and TV commercials UK wide and beyond.

Previous Station Manager who is passionate about ‘all things Radio’ and has a wealth of Radio experience both in Broadcasting and Producing along with technical & joinery skills. Keen astronomer and semi-professional photographer.

Our joint Station Manager is something of a radio legend with 30 years in the business, including 18 years of breakfast shows including Century FM right across the North West between 2001 and 2004. He made his name in two stints at Metro Radio in the North East.

He is also one of the world's most in-demand ghostwriters, penning books in other people's names, mostly in the field of crime or celebrity. His most recent releases, Christmas 2018, include 'Save One Child' by Ian James MBE (undercover cop), 'Wildcard' by Christopher Maloney (X-Factor) and 'If Only' by Terry West (Moors Murders family memoir).

Tony moved to The Valley in 2016 and lives with his partner Sarah. Massive Burnley fan!

David has extensive experience in the leisure industry, beginning his career many years ago as a croupier and eventually becoming the manager of one of the North West’s largest casinos.

Nowadays he is a well-known local resident of the Rossendale area and sole proprietor of his own personal development centre, established way back in 1994. His introduction to radio came as a volunteer with the previous Rossendale Radio station and it wasn’t too long after, that he trained as a presenter running a Sunday Community Show and the extremely popular Tuesday Soul and Motown Madness.

David is Rossendale Radio’s Mr Strange having been known to enjoy walking barefoot, on numerous occasions, over 1000 degree fire coals whilst raising money for local charities.

He is also one of four Directors on the Board.

James is new to Radio Broadcasting but brings along his experience from the world of theatre. James has lived in sunny Bacup pretty much all of his life. Since being a child James has had a keen interest in performing arts. Having appeared on productions such as Anything Goes, Little Shop of Horrors, Pantomimes, Seven Brides for Seven Brothers, A Midsummer Night's Dream and more, James decided to pursue the academic side of theatre.

James graduated the University of Central Lancashire with a degree in Contemporary Theatre and Performance through which James has gone on to explore both mainstream and more contemporary aspects of theatre. Since graduating James has qualified as a Primary School Teacher and enjoys introducing children to the world of theatre.

James is a Scout Leader and also volunteers time with the North West Ambulance Service.

James is very excited to be hosting Songs from the Shows on Rossendale Radio and hopes that his passion and enthusiasm can be shared across the Rossendale Valley. 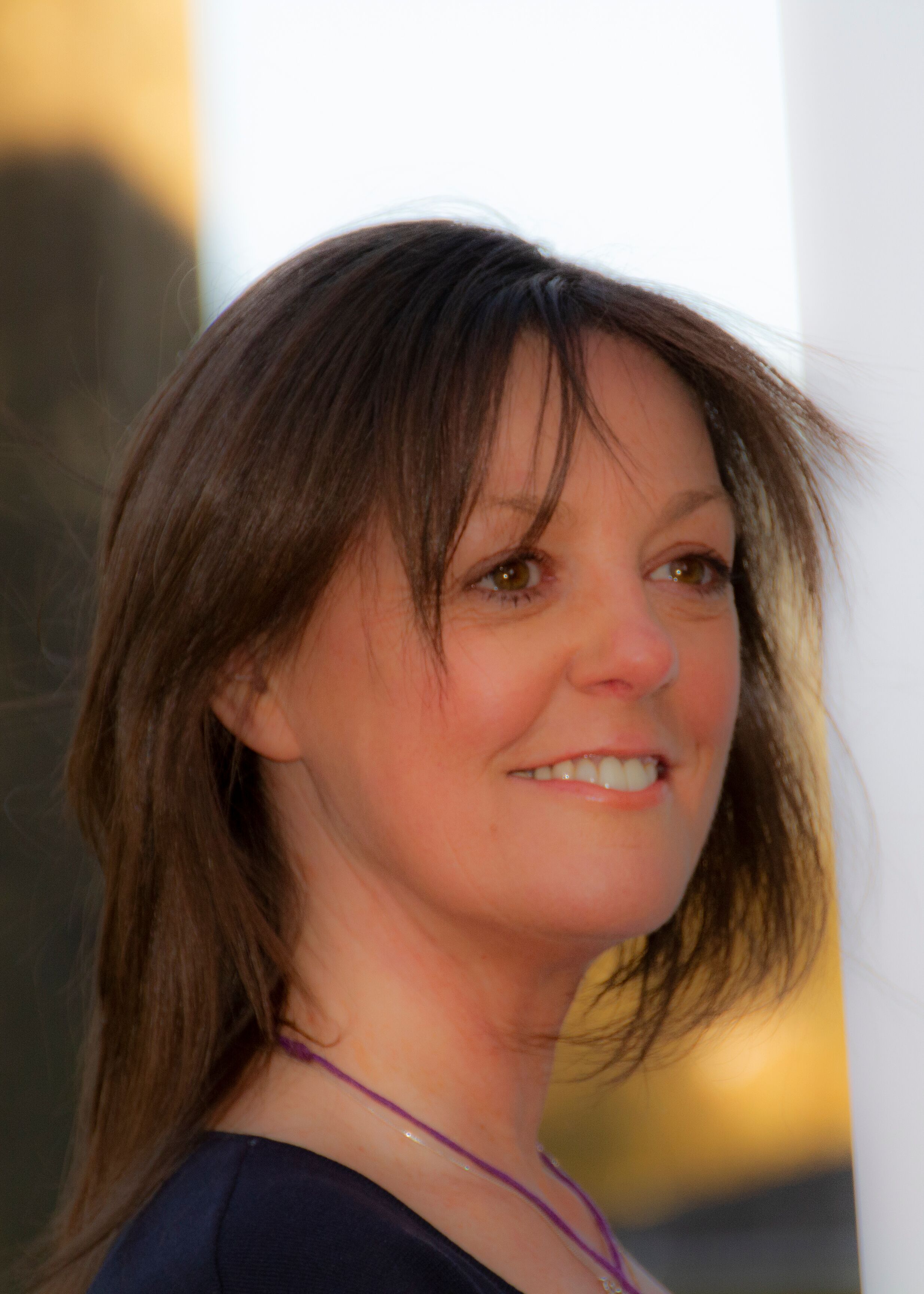 Jeannette Jackson presents ‘Women Of The Valley’ every Friday 11am-2pm on Rossendale Radio; a show dedicated to the health, happiness and wellbeing of everyone living in the Valley (….and beyond!).

She is an award-winning health and wellbeing expert and during her regular ‘day job’ she presents in-house workshops and seminars on stress resilience, healthy eating and wellbeing for companies throughout the UK.

Jeannette and her team from the Manchester Stress Institute recently won the Health & Wellbeing Consultant of The Year Award 2018/19 for the Six Week Nutrition, Fitness & Wellbeing Programme they presented for the North West Ambulance Service 999 Emergency Dispatch Teams.

She is a nutritional biochemist, a sports scientist and published author (The Drop Zone Diet by penguin Books), and has interviewed many celebrities including Melanie C, Pixie Lott, Clare Richards (Slave to Food Sky TV), Liam Gallagher, Jeremy Vine and many more…on how they sustain their health and wellbeing whilst working in the entertainment industry.

She is new to the Valley, having only moved to Rossendale 8 months ago and is enjoying living here and exploring the surrounding areas.

Tracy Heatley - Mind Your Own Business 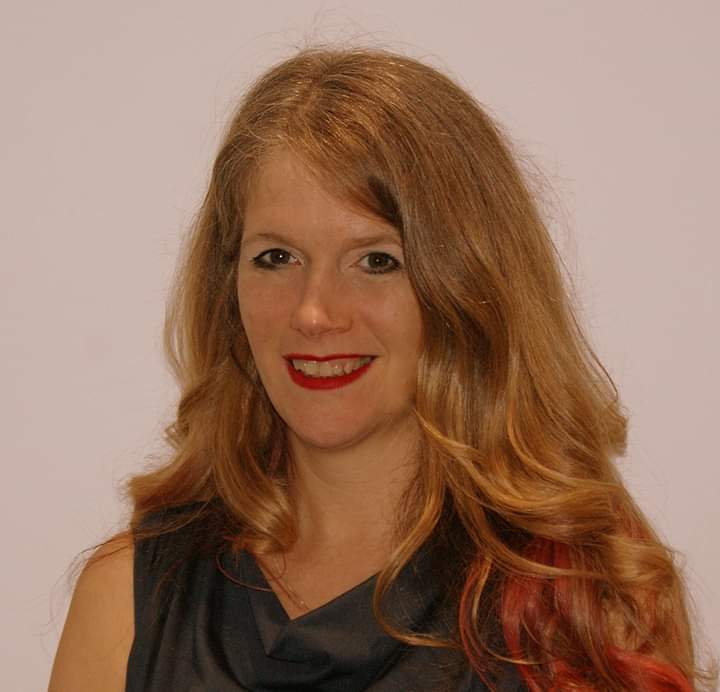 Catherine is Rossendale Born and Bred and LOVES the Valley.

She has pantomimed, zip wired, skydived and salsa danced her way through life with her cup half full most of the time, while raising two small people to independent adults. More adult than herself!

She has had a very varied career as a beauty therapist, teaching assistant, you might remember her from Arty Party Pottery in Waterfoot years ago! Then, a chance phone call to win a competition to be a radio presenter for one hour, led to a change in career and a degree in Broadcast Journalism.

This fed her already huge love for Radio as she worked at Radio Lancashire, Radio 4 and Radio Drama. And still keeps her hand in with Children in Need.

She now finds herself loving volunteering for Rossendale Radio on her Sunday afternoon show, Catherine's Catch Up, and getting involved with local events.

Feel free to join the chat on a Sunday :) 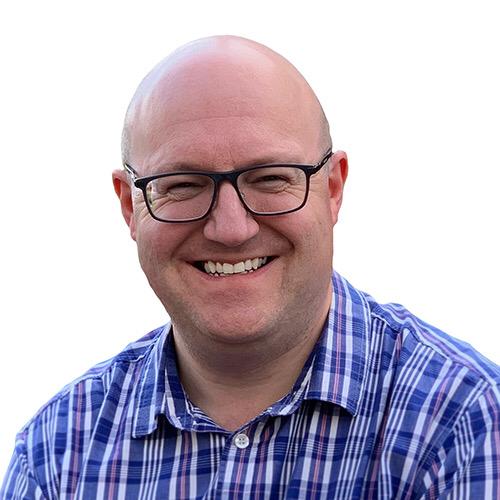 Stuart was part of the team on the original Rossendale Radio back in 2010, presenting the early breakfast show and Sunday afternoons.

He's been on the air across the North of England since 1997 as a presenter and newsreader at many stations including Fresh AM, Stray FM, 2BR, Smooth Radio and Real Radio - and these days you might also hear him reading the national news on BBC Radio 5 live.

Stuart writes about radio for the industry website RadioToday and also hosts their weekly podcast. Married with two kids, he also spends time volunteering as a school governor.

Paul is a former teacher turned poet, presenter and performer. (He likes a good bit of alliteration)

He has written six books of poetry and one novel, touring the country sharing his work with teachers and pupils all over the UK as well as performing at community and business events.

Having worked with agencies such as the National Literacy Trust, The Shakespeare Schools Festival and BBC Learning, Paul is chuffed to bits to now be a part of the team at Rossendale Radio.

The Weekend Wind Down (4pm-7pm) eases you into Sunday night each week, tickling all your cultural taste buds on the way.

We dance ourselves dizzy for the first hour, talk everything wordy with the Waffle hour at 5 and then finish off focusing on the music. We have the triple track at 6pm and then finish up with your requests. It’s a packed show!

Rick spent 5 years as a co-presenter on the BBC Lancashire Radio specialist show.  The Lancashire Blue Notes with Nick Dow, a show dedicated to Blues Music. This also included organisation and working as the MC for a stage at The Great British Rhythm & Blues Festival in Colne where he helped increase the profile of Blues bands in the Lancashire region.

Rick is in demand as a session musician and has gigged at most of the major UK Blues Festivals with a number of bands. He has played across Europe and America. As well as playing in New Orleans and Blues in Chicago he has recently played at The Whisky A Go Go on Sunset Boulevard, West Hollywood.

Some of the Artists Rick has worked with include

Dave Metcalfe started in hospital radio back in the eighties progressing to Red Rose Gold in Preston.

He then was a presenter @  2br for twelve years as well as music programmes he also was a summariser at all Burnley F C games. Dave has also had spells at Ribble FM and Drystone Radio.Dave is also a Big Burnley fan.

Dave is the voice of The Main Line Buses for The Burnley Bus Company.

Burnley born and bred although has worked for a Yorkshire company Fresh Radio in Skipton.

"Dr McNulty hails from Bonnie Scotland, so is use to the lovely weather of Rossendale. After studying chemistry at the University of Glasgow, she moved to Manchester to complete a PhD in synthetic organic chemistry.

As if 22 years in the education system was not enough she decided to train to be a science teacher and moved to London. Love is a many splendid thing and in 2012 she married a man from Bacup and left the hustle and bustle of the capital to move to Rossendale.

She has many hobbies including crafting, music, theatre and can be seen treading the boards in many a production at Bacup Royal Court Theatre.

Make sure to tune in to hear her dulcet tones!"

Derek started his professional career at Lancashire’s first commercial station Red Rose Radio when it launched in 1982. Since then he’s been heard on Jazz FM, Century Radio, 2BR and Smooth Radio amongst others.

Today Derek teaches radio skills at Burnley College where he runs the student radio station. He also works with radio production company Made In Manchester where he produced ‘Story Of The Light’ for BBC Radio 2.

Terry presents Rossendale Rocks at 7 pm on a Monday evening.

He has presented his Rock Show at various radio stations across the North-West for some years now.

Terry also has worked at 2br as a summariser on Burnley’s games and now with the hospital broadcasts for the claret fans in hospital.

In his younger days, Terry was a very good amateur footballer in the Rossendale area.

Tony has spent 37 years of his working life teaching at Bacup and Rawtenstall Grammar School before retiring over four years ago. He has occupied himself in retirement in a whole range of pastimes with his wife Kay including walking his Parson's Russell dog; Meg, touring in their caravan, cooking, singing and gardening, along with his and Kay's greatest passion.....Attending Steampunk events!

In the past, Tony has been involved with DJing in a Manchester nightclub and at various venues in the valley and beyond, along with compering charity events. About ten years ago Tony got the radio bug when he did a two year stint broadcasting with Burnley Hospital Radio and so when Rossendale Radio launched last December, he applied, trained and was luckily accepted as a broadcaster. Due to his commitments to other activities away from the radio, Tony is a stand-in for broadcasting colleagues taking a break from their regular shows. He does say that he absolutely loves the challenge and variety that this position brings....Although the 5.15am alarm when presenting the Breakfast Show can be a little bit testing!

Tony is so excited by the way the station has developed in such a relatively short space of time and looks forward to getting involved with further opportunities that the amazing station will be presenting in the very exciting future!

Charlie is the youngster of the station at 21 years old.

A local lad from Burnley and is new to radio but excited to take on the challenge and get started!

For the past 2 and half years he has worked as a main stage presenter at Haven Holidays, spending the majority of my time up in Northumberland at Haggerston castle. Throughout his time at Haven Charlie has presented all the major daytime and evening entertainment concepts on a daily basis to audiences up to 800 plus and has even presented R&T Football Presentations and Castle Fest 2019.